WWII fiction is my absolute favorite genre to read this time of year. Okay, okay – It’s my favorite genre to read any time of the year, but it’s even better in the chilly months of November and December. It’s so easy to get lost in blustery war-torn Germany when you can curl up by a fire. Prisoner of Night and Fog is the perfect book to read when it’s cold outside.

Anne Blankman completely transported me to 1930s Munich. The setting felt so authentic! From the very first page, Anne’s intense research really shone through. Prisoner of Night and Fog is different from other WWII fiction books I’ve read, because the main character is a close family friend of Adolf Hitler himself. 17-year-old Gretchen Muller’s father was a close comrade to “Uncle Dolf” and died protecting him in a riot Hitler led in the 1920’s. From then on out, Hitler claimed he owed a debt to Gretchen, her mother, and brother, and treated them as family.

When I saw that Elizabeth Wein (my favorite WWII writer), blurbed the book, I knew I could trust that this story would be amazing. In Elizabeth Wein’s two words, Prisoner of Night and Fog is “terrifying and incredible.” I could’t have said it better myself. I am stunned and in awe by how this story came to life. Anne Blankman truly dug deep. This book revealed terrifying truths beyond Hitler the ruthless Nazi leader and behind Hitler the person. Everything was so realistic and honest I had to put the book down at times.

Hitler wasn’t just a background political leader in this story; he was a character! It was frightening how realistic he was. You can see how much time Anne Blankman put into writing him, because at times there were quotes that Hitler had once said that made him seem likable. And at other times, she had his character say something in passing that was cold and ruthless and horrifying. Slowly, his true character and intentions were revealed in a manner of timing that was perfect for the length of the book and believable to Gretchen’s character. I was floored by how the author pulled off bringing Adolf Hitler to life. Gretchen’s character development couldn’t have been more beautiful. Under the influence of her Nazi father and Uncle Hitler, she knows nothing other than Jews are “sub-human” and must be exterminated in order for Germany to grow stronger. As Gretchen investigates what Hitler is truly proposing, her change of heart is touching and realistic. Writing a character’s transformation from such beliefs can be no easy feat, but Anne Blankman pulled it believably well.

The romance was yet another thing I loved about the book. It played both a subtle and center part of the story. When Gretchen falls for a young Jewish reporter, it shakes everything she knows to be true. Yet the romance still didn’t take over the book. I appreciated that. In the young adult genres particularly, it’s easy for a romance to overshadow the main plot. In Prisoner of Night and Fog, it was well executed. The romance wasn’t meaningless; it moved the plot forward while staying in the background of the novel.

Every page of this book had me in its grip. I’m still enamored by the setting and time Anne Blankman drew me into – seemingly effortlessly. Plot twists on every page, stunning writing, and believable characters kept me reading and reading. I couldn’t put it down!

“So she sat, holding the cup of tea and listening to the talk swirl around her like a creek’s current, and she the stone breaking the water’s flow.”

“By the next morning, the attempted revolution was unraveling like a ripped tapestry.”

“Uncle Dolf had promised their enemies would vanish into the night and fog.”

I would be THROUGH THE ROOF if this book were to be turned into a movie. It’s intense and beautiful, and I can only imagine how wonderful the cast could be. (Fingers crossed. Maybe someday a movie producer will pick this up.) 😉 I can’t wait to pick up the next book – Conspiracy of Blood and Smoke – at my library tomorrow!

Note: I wouldn’t advise this book to younger readers. At times I had to set the book down due to rough content. Overall, it was clean (no sexual scenes or foul language) but in the true brutal realities of Nazi Germany, was in certain scenes violent and gut-wrenching. At the very least, if you’re sensitive to violence, don’t read Prisoner of Night and Fog late at night like I did!

Have you read Prisoner of Night and Fog? Or the sequel? What were your thoughts? Does it sound like something you might read? What are your favorite WWII fiction books?

P.S. My cousin Sydney just started her own “lifestyle blog.” 🙂 It would make her day if you left her a comment. You can visit her here. 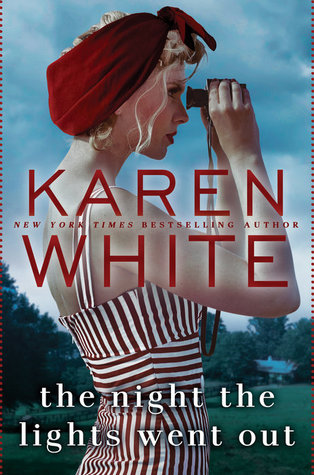